Testimony of Todd Shimkus, CCE, President of the Saratoga County Chamber of Commerce, before the Assembly Standing Committee on Racing and Wagering

Testimony of Todd Shimkus, CCE, President of the Saratoga County Chamber of Commerce, before the Assembly Standing Committee on Racing and Wagering 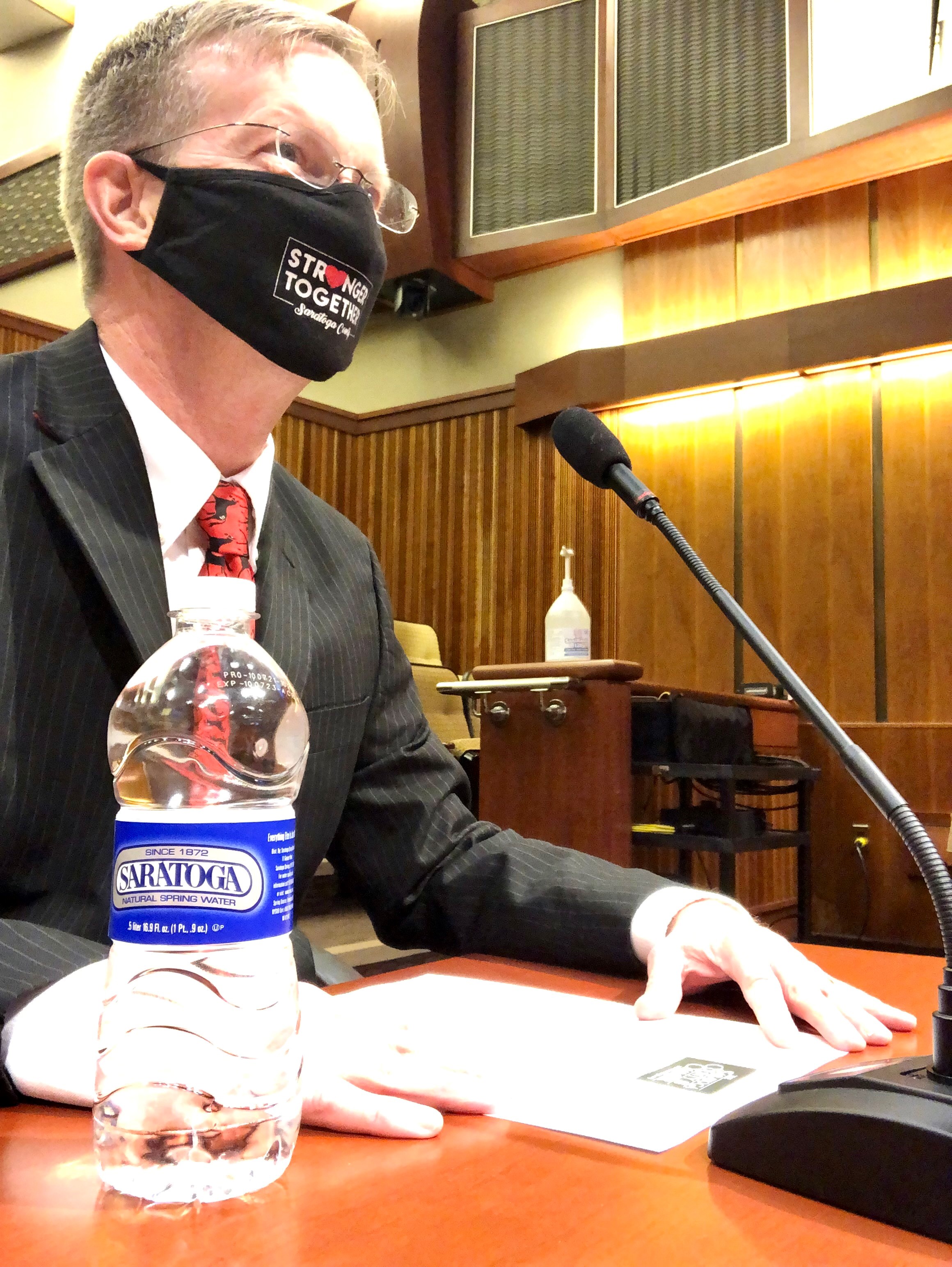 Good morning and thank you, Mr. Chairman, for this opportunity to comment and to share with this committee some critically important facts about the importance of the Saratoga Race Course to the Saratoga community.

My name is Todd Shimkus and I am the President of the Saratoga County Chamber of Commerce.

In addition to my role as the President of the Chamber of Commerce, I am also here as a founding member of We Are NY Horse Racing. Launched in September, the group is comprised of a diverse set of interests including small businesses, trade organizations, labor unions, non-profits and others. What unites these rather diverse organizations is the importance of the sport of horse racing to our businesses.

I am lucky to see it each and every summer and into the fall, because the 1 million+ fans that stream through the gates of the historic Saratoga Race Course then fill our restaurants and hotels. They patronize our downtown and support the local economy.

Just as a quick comparison, the Buffalo Bills will attract 600,000 fans to Highmark Stadium during the regular season. The New York Islanders will see 750,000 fans for their home games at UBS Arena. And the Brooklyn Nets will welcome 650,000 fans to the Barclays Center.

For us, horse racing at the Saratoga Race Course is our professional sport. It is a critical component of the New York economy, and even more so the upstate economy.

As previously noted, the 40-day Saratoga meet generates approximately $240 million in economic impact for the nine counties that comprise the Capital Region, according to a 2014 study commissioned by the Saratoga County Industrial Development Agency. That number would undoubtedly be significantly higher if another study were conducted today. That same study also indicated that the Saratoga meet is responsible for generating the equivalent of nearly 2,600 full time jobs for the region.

I’m sure at some point in our lives, many of us have wondered what life might be like for those who reside and work in the Saratoga-Capital Region without the benefit of an attraction like Saratoga Race Course. Unfortunately, after the summer of 2020, no one need imagine any more. We lived it.

During the summer of 2020, overall sales in the City of Saratoga Springs were down 30 to 40 percent. In addition, as many as 30 percent of local business owners who rely on the equine and thoroughbred industry for their economic well-being expressed concern about their ability to remain in business.

One prominent local hotelier stated that his property’s revenue was down 51 percent in 2020 during the racing season as compared to the previous year. According to my colleague Darryl Leggieri, the president of Discover Saratoga, some businesses never recovered while others lost 75 percent of their revenue due to the pandemic and the inability of fans to attend the races at Saratoga.

Fast forward to this past summer and the picture brightened dramatically. One prominent local businesswoman who owns a retail shop on Broadway noted that revenue dramatically increased by 55 percent year over year during the first two weeks of this year’s racing season compared to 2020.

In the third quarter of 2021, from July through September, the City of Saratoga Springs collected $1.4 million more in sales tax revenue than it did in in 2020. In fact, the City collected more sales tax revenue in the third quarter of 2021 than it did in the same time frame in 2019. This demonstrates the extent of the pent-up demand for the re-opening of Saratoga Race Course and other attractions this summer.

In summary, we learned in 2020 what Saratoga looks like without Saratoga Race Course and it was an image we would prefer to scrub from our memories, save for the fact that it enabled us to appreciate this jewel of an attraction like never before.

Saratoga Race Course is the heart of our community. We got a glimpse this summer of what life might have felt like in the roaring 20s with fans spending money at our locally owned stores, shops, restaurants, hotels, bed and breakfasts and spas in record numbers. In turn these businesses spent money to support their establishments.

The bottom line is that just about every business in every sector feeds off the track. History, Health and Horses is our slogan and never has the City of Saratoga Springs and Saratoga Race Course felt so interconnected as they did this past summer. And for that we are all grateful.