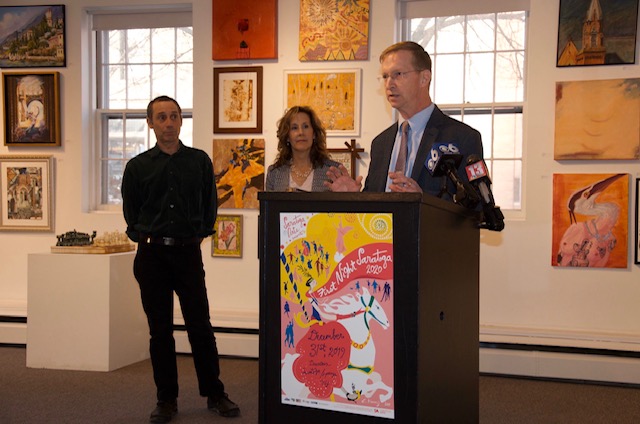 Earlier today at a press conference held at the Saratoga Arts Center, at 320 Broadway, here's what Joel Reed, the Executive Director of Saratoga Arts and the lead organizer of First Night Saratoga, announced:

"We’re really excited to announce that we live in one of the best communities in the world.

Next Tuesday, December 31st, Saratoga Arts will host one of the best First Nights anywhere with nearly 70 performances at 30 venues all across the City starting at 6:00 pm and ending at Midnight with our brand new Digital Midnight at the City Center and online.

And thanks to so many of our community leaders and partners, we will be kicking First Night Saratoga off at 5:45 pm with a “family friendly” fireworks show in Historic Congress Park near the Carousel.

We have so many people to thank!

It starts with Mayor Meg Kelly. She was contacted by community leaders pledging money to make sure Saratoga’s First Night continues to include fireworks. She reached out to Todd Shimkus at the Saratoga County Chamber of Commerce. The Chamber then called us at Saratoga Arts to see if they could help and we said yes.

Santore Fireworks was contacted by the Chamber and they agreed to help and quickly began putting together the required permit application to the City.
\
Accounts Commissioner John Franck and the Accounts department expedited the review. They were helped by personnel in the Fire, Police and DPW departments all of whom had to review the application and commit staffing to make this work.

Santore and the Chamber had a permit within 24 hours. Everyone in City Hall helped. The Police Chief, Fire Chief, Rachael Fragomeni in DPW, Teri Wilson in the Accounts Office, and many others we’re sure. We want to thank everyone.

It was our own Christmas Miracle to get to this announcement today."

Todd Shimkus, President of the Saratoga County Chamber of Commerce, added the following:

"We’re excited to share with you that there will be a Fireworks display as part of First Night Saratoga, next Tuesday, December 31st.

This year’s Fireworks display will be family-friendly kicking off the start of First Night Saratoga, at 5:45 p.m., in Congress Park, in downtown Saratoga Springs.

From 6:00 p.m. to just past Midnight, First Night Saratoga will feature over 60 performing groups in venues throughout the City. A button is your ticket to all of these events. To learn how to purchase a ticket, please click here: https://www.saratoga-arts.org/first-night/buy-a-button/

Saratoga Arts had initially announced several weeks ago that there would not be a fireworks show as part of First Night Saratoga. In collaboration with the City of Saratoga Springs, the Saratoga County Chamber took the lead in securing a permit to add this feature back into the program. With a generous contribution from Park Place Condominiums, the Chamber has created a Saratoga Springs Fireworks Fund and is seeking sponsorships and donations so that our community can sustain both the First Night and July 4th Fireworks for years to come. 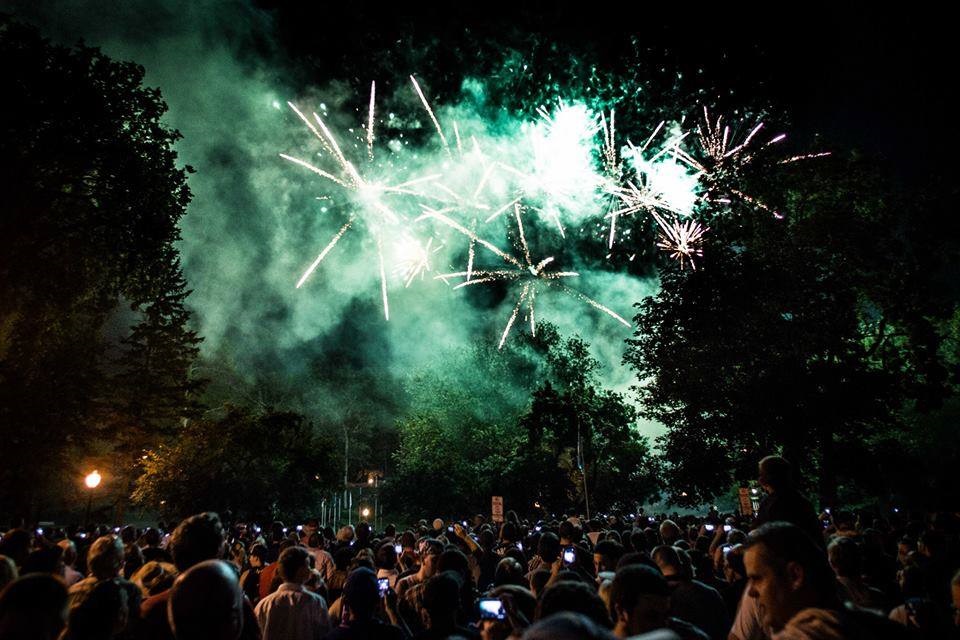